The impact of a dementia treatment

Dementia is a collection of symptoms caused by a number of different disorders, including neurodegenerative diseases like Alzheimer’s disease and frontotemporal dementia. The term dementia describes a progressive decline in memory or other cognitive functions that interferes with the ability to perform your usual daily activities (driving, shopping, balancing a checkbook, working, communicating, etc.). One of the major risk factors for developing dementia is age, meaning the older you are, the more likely you are to develop it. Age-related risk applies to many other conditions like heart disease and vascular problems, which means a single person may have two or more concurrent health problems leading to cognitive, behavioral, or motor symptoms. This co-morbidity can make both diagnosis and treatment more complicated.

In the recent study by Michael Hurd of RAND, the estimated prevalence of dementia in people over age 70 in the US in 2010 was 14.7%. They calculated “that dementia leads to total annual societal costs of $41,000 to $56,000 per case, with a total cost of $159 billion to $215 billion nationwide in 2010.” Furthermore, the “aging of the US population will result in an increase of nearly 80% in total societal costs per adult by 2040.” This means an anticipated $73,800–100,800 per adult in 2040. In 2050, the oldest-old are projected to grow from 5.8 million in 2010 to 19 million, with people 85 and over accounting for 4.3% of the of the population (US Census Bureau). As there is no cure for dementia yet, these costs are largely driven by the costs involved in helping people live their daily lives—something that dementia makes progressively harder to do. “The main component of the costs attributable to dementia is the cost for institutional and home-based long-term care rather than the costs of medical services — the sum of the costs for nursing home care and formal and informal home care represent 75 to 84% of attributable costs” (Hurd et al. 2013).

A disease that allowed torrents of creativity

If Rod Serling were alive and writing episodes for “The Twilight Zone,” odds are he would have leaped on the true story of Anne Adams, a Canadian scientist turned artist who died of a rare brain disease last year.

Trained in mathematics, chemistry and biology, Dr. Adams left her career as a teacher and bench scientist in 1986 to take care of a son who had been seriously injured in a car accident and was not expected to live. But the young man made a miraculous recovery. After seven weeks, he threw away his crutches and went back to school. 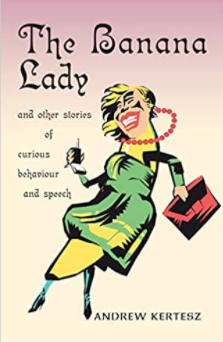 The Banana Lady and Other Stories of Curious Behavior and Speech

The subject of this book is a stranger than fiction change in personality, behaviors and relationships including the gradual loss of language and the meaning of words occurring in middle age.

These are stories about a relatively little known illness in middle age, that happens to be much more common than it is generally recognized. The exact cause remains a puzzle as with many other afflictions of the nervous system. but we are beginning to understand its anatomy, genetics, and biology. It is presently classified as one of the so-called “degenerative diseases” of the brain, progressively eroding either behaviors, professionals who diagnose and treat mental or neurological disease, and the caregivers who sometimes suffer as much as the patients if not more. 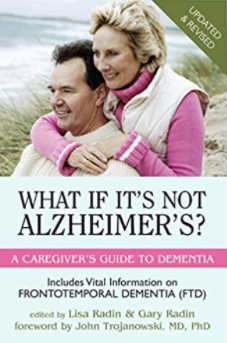 What If It’s Not Alzheimer’s?: A Caregiver’s Guide to Dementia

Although the public most often associates dementia with Alzheimer’s disease, the medical profession now distinguishes various types of “other” dementias. This book is the first comprehensive guide dealing with frontotemporal dementia (FTD), one of the largest groups of non-Alzheimer’s dementias. The contributors are either specialists in their fields or have exceptional hands-on experience with FTD sufferers. 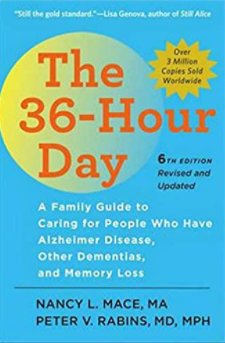 The 36-Hour Day, sixth edition: The 36-Hour Day: A Family Guide to Caring for People Who Have Alzheimer Disease, Other Dementias, and Memory Loss

The 36-Hour Day, sixth edition: The 36-Hour Day: A Family Guide to Caring for People Who Have Alzheimer Disease, Other Dementias, and Memory Loss 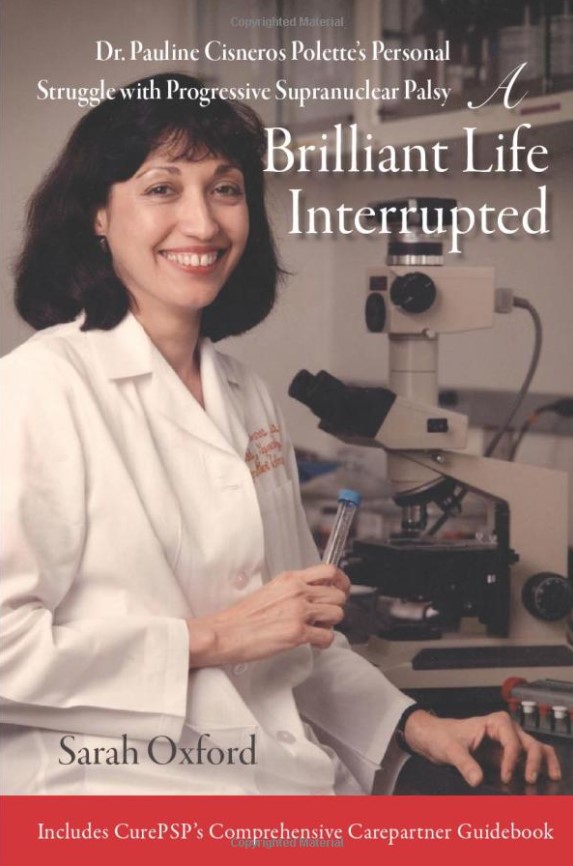 This is the compelling story of the indomitable spirit of Dr. Pauline Cisneros Polette.

A brilliant scientist and loving family member ultimately brought down in the prime of life by the devastation of PSP (Progressive supranuclear palsy).

The informaton on this page is for reference and educational purposes. There is no substitute for seeing your doctor.